The civilian and military postal routes in the Ottoman State were laid out in three main routes. Taking Istanbul as the starting point, the routes were laid out in the form of right, central and left routes in Anatolia and Rumelia. They are connected to each other by secondary roads. 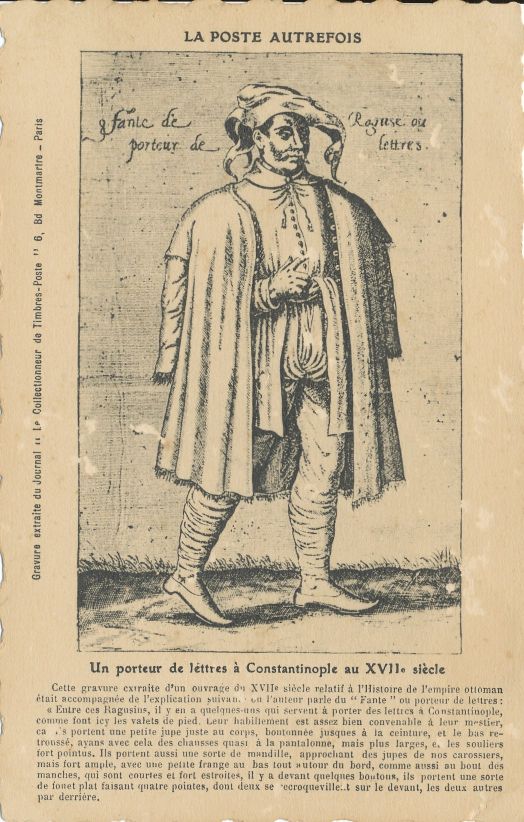 In Anatolia (Asian Turkey):
Right route: Through the Üsküdar-Gebze-Eskişehir-Aksehir-Konya-Adana- Antakya route to Aleppo and Damascus later to Al-Hejaz

Apart from these three main roads, there were also Hendek-Gemlik-Mudanya-Ulubat-Susurluk-Ayazment-Bergama-Manisa-Urla-Çeşme-İzmir roads in Western Anatolia.

On these roads, accommodations were made for the postal "tatars" to change horses, for meals and rest and to provide security. These places were first called "Derbend" and later replaced by "Menziller".